The one that got away … 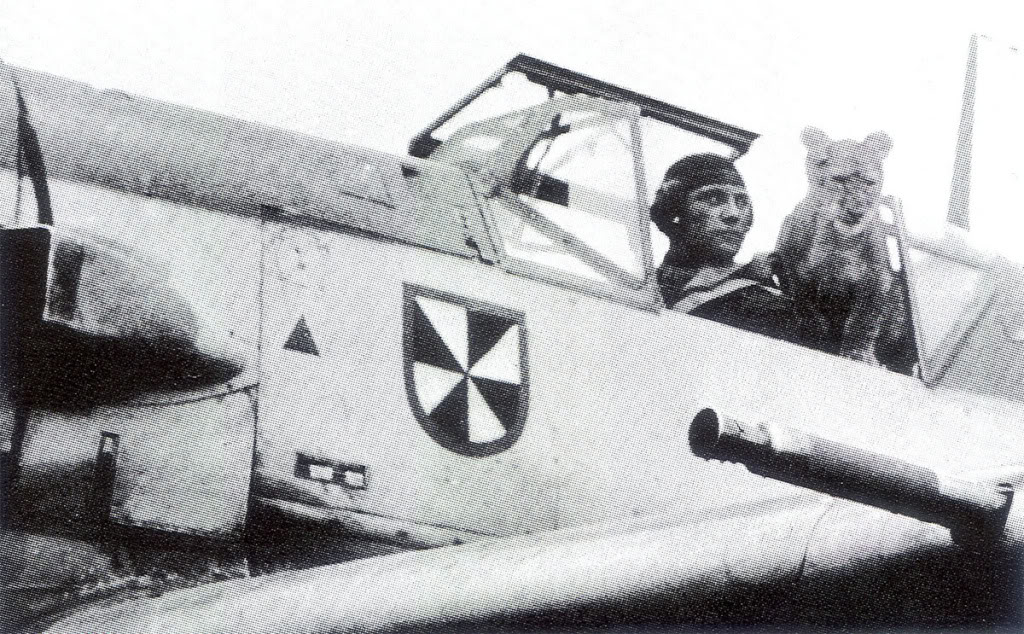 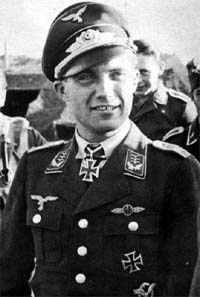 He was born just before the outbreak of World War one and joined the Luftwaffe at the age of 22, becoming commissioned as a Leutnant in 1938 and by 1940 serving as adjutant to II Gruppe, Jagdgeschwader 3. He was depicted in the press as an aristocrat playboy, pictured with his lion cub, Simba. In the Battle of France in May 1940 he claimed four victories and on 25 August, during the Adlerangriff phase of the Battle of Britain, he claimed one Spitfire and three Hurricanes plus another five aircraft destroyed on the ground. This claim has never been verified.

On 5 September 1940, Werra’s Bf 109E-4 was shot down over Kent. He crash-landed in a field and was captured by the unarmed cook of a nearby army unit. He was initially held in Maidstone barracks by the Queen’s Own Royal West Kent Regiment, from which he attempted his first escape. He had been put to work digging and was guarded by RMP Private Denis Rickwood, who had to face Werra down with a small truncheon, while Werra was armed with a pick axe. (There is no mention of this escape attempt in the book The One that Got Away.) He was interrogated for eighteen days at Trent Park, a country house in Hertfordshire and was then transferred to the London District Prisoner of War “cage” and subsequently on to POW Camp No.1, at Grizedale Hall in the Furness Fells area between Windermere and Coniston Water. On 7 October he tried to escape for the second time, during a daytime walk outside the camp. At a regular stop, while a fruit cart provided a lucky diversion and other German prisoners covered for him, von Werra slipped over a dry-stone wall into a field. The guards alerted the local farmers and the Home Guard. On the evening of 10 October, two Home Guard soldiers found him sheltering from the rain in a small stone hut but he quickly escaped and disappeared into the night. On 12 October, he was spotted climbing a fell. The area was surrounded, and Werra was eventually found, almost totally immersed in a muddy depression in the ground. He was sentenced to 21 days of solitary confinement and on 3 November was transferred to Camp No. 13 in Swanwick, Derbyshire, also known as the Hayes camp.

In Camp No. 13, Werra joined a group calling themselves Swanwick Tiefbau A.G. (Swanwick Excavations, Inc.), who were digging an escape tunnel. The tunnel can still be seen at the Hayes Conference Centre. On 17 December 1940, after a month’s digging, it was complete. On the night of 20/21 December 1940, the group crawled out through the tunnel. They were badly prepared, had no forged documents and little money. Four were soon recaptured; one only got as far as the next village where he stole a bicycle which belonged to the village policeman.

Von Werra had already decided to go it alone and had his own plan. He escaped wearing a flying suit (bought from another prisoner), albeit of a non-standard pattern.He had a story ready to tell – he was Captain van Lott, a Dutchman, flying with the RAF. His Wellington bomber had crashed and he needed to contact his RAF base as quickly as possible. He chose Aberdeen as “his base”, reckoning the greater distance would make contact more difficult. He made his way across fields until he reached a bridge over a railway line. where a banking engine was kept in steam to assist the coal trains up the hill. Von Werra heard steam being given off from this engine and reasoned that railways meant signal boxes and stations which meant telephones.

He clambered down on to the line, told his story to the engine crew and was taken to nearby Codnor Park Station. He repeated his story to the booking clerk who agreed to telephone RAF Hucknall, about ten miles away, which was partly an RAF station and partly a Rolls Royce facility. First, however, he phoned the local police who were soon on the scene.The police questioned von Werra but accepted his story – they explained that they had to be careful because some prisoners had escaped from Swanwick …

The RAF Duty Officer at Hucknall was suspicious but sent transport, with armed driver, to collect “Captain van Lott”. Having listened to the latter’s story, he said that he would try to contact Aberdeen. Franz realised that drastic action was required and on the pretext of a toilet visit, he got through a window and, by chance, got himself into the Rolls Royce facility. This, his non-standard flying suit and his assumed rank of Captain (foreign pilots with the RAF were given standard RAF ranks)proved to be to his advantage. He was assumed to be a ferry pilot who had come to collect a new Hurricane, fresh from the production line. The mechanic summoned the manager who told von Werra that he needed to come to the office to sign for the aircraft. The signature having been given, the mechanic was told to show Captain van Lott to the Hurricane and explain the controls. Von Werra set a compass heading for a course he reckoned would take him back to France when a problem arose. There was no starter trolley to fire up the engine. The obliging mechanic went to find one but the would be pilot then felt something hard in his ribs – a loaded revolver held by the Duty Officer. Von Werra was given a good breakfast and sent back to Swanwick and fourteen days solitary confinement.

Soon afterwards, it was decided to ship all the Swanwick prisoners to Canada and so the whole contingent was taken to Butterley Station for rail travel to Glasgow and voyage to Canada. Once there, they were to be taken to their final camp but von Werra had other ideas. Despite bitterly cold conditions, he managed to undo the inner window so that the outer one was warmed with air from the carriage and unfroze. He’d again managed to study a few maps and jumped out of the moving train near to the US/Canadian border. The St Lawrence River formed the boundary and von Werra hoped to cross it on foot because it appeared to be frozen. It was – except for a stretch in the middle – so he had to retrace his steps, steal a rowing boat and push it back across the ice. He finally made it into the USA.

At this time, the USA was still a neutral country but the Canadians made various diplomatic attempts to have him, an escaped POW, returned.The Americans were worried, however, about interpretations of International Law. Von Werra was released into the keeping of the German Consul on the payment of substantial bail whilst the legal wrangles continued.Whilst he was with the German Consul, von Werra sent invaluable intelligence back to Germany about the sophistication of British interrogation methods which resulted in the Luftwaffe rewriting its instructions to aircrew.

The Canadians then tried a a different means of reclaiming their escaped prisoner. They dropped the demand for the return of an escaped POW and, instead, demanded the return of a thief who had stolen a rowing boat. The German Consul considered that this demand might succeed and arranged for von Werra to disappear. He was supplied with money and escaped into Mexico, dressed as a peasant, mixing with the itinerant workers who crossed the border each day. From there, he flew to Germany via Spain on civil airlines and, back home, was treated as a Hero of the Third Reich. He was given the Knight’s Cross by Hitler in person but was not too popular with Goering with his views on British interrogation techniques. “I would rather be interrogated by three German Intelligence Officers than a single Britich one”. Werra returned to active service with the Luftwaffe and was initially deployed to the Russian front as Gruppenkommandeur of I./JG 53. He scored 13 more aerial victories during July 1941, raising his overall confirmed total to 21. In early August 1941, I./JG 53 withdrew to Germany to re-equip with the new Bf 109F-4, after which it moved to Katwijk in the Netherlands.

On 25 October 1941 Franz von Werra took off in Bf 109F-4 on a practice flight. His aircraft suffered a complete engine failure and crashed into the sea north of Vlissingen. Werra was presumed killed, though his body was never found.